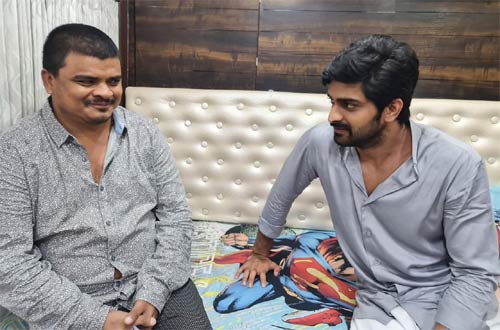 Hero Naga Shaurya is currently busy working on as many as four projects. Romantic entertainer Varudu Kavalenu, intense sports drama Lakshya, as-yet-untitled romantic comedy under his banner and an action-packed cop drama Police Vari Hecharika are the projects that are lined up for the actor.

Meanwhile, Shaurya took to Twitter this afternoon and announced that he has hired S Venkatarathnam (Venkat) as his Manager. Venkat is already working as a manager for Nani and Nithiin. He is also a distributor and also worked as an Executive Producer for some of the projects produced by Nani and Nithiin.

Officially transferring all my stress to you, @SVR4446 (Venkat) garu.
Welcome Aboard ☺️🤗 pic.twitter.com/mnz3V3tVN2