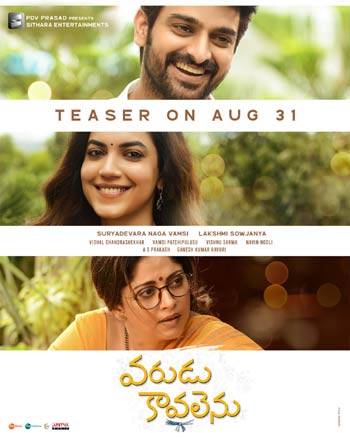 The teaser for Naga Shaurya and Ritu Varma’s upcoming romantic entertainer, Varudu Kavalenu, js all set to be launched on August 31st. The exact date of release will be announced shortly. The film is gearing up for its theatrical release in a few weeks.