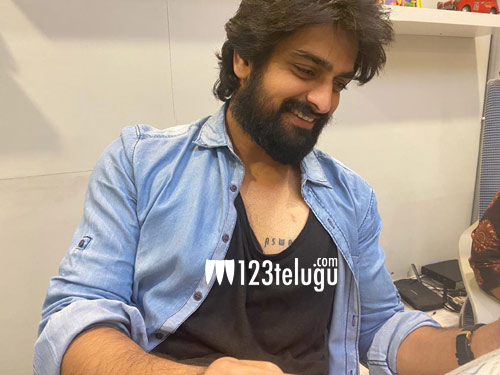 Naga Shaurya has literally given his blood and sweat for Aswathama, his upcoming home production. Apart from bankrolling the film and playing the main lead, Shaurya has also penned the film’s story.

It looks like Shaurya has become too attached to Aswathama. He has permanently inked the film’s title on his chest. The actor has even undergone a huge physical makeover and he showcased his 6-pack abs recently.

Debutant Ramana Teja is the director and Mehreen Pirzada is the leading lady in the movie. The makers are planning to release the film on January 31st.