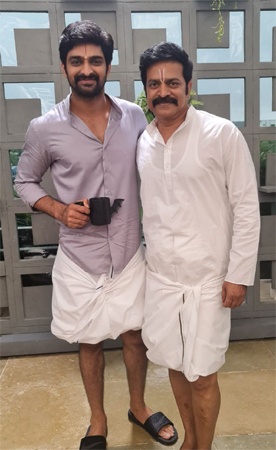 The picture was taken on location of Shaurya’s latest home production under Anish Krishna’s direction. The shooting is underway in Hyderabad. Touted as an out-and-out romantic comedy, the film has young star Shirley Setia as the female lead.