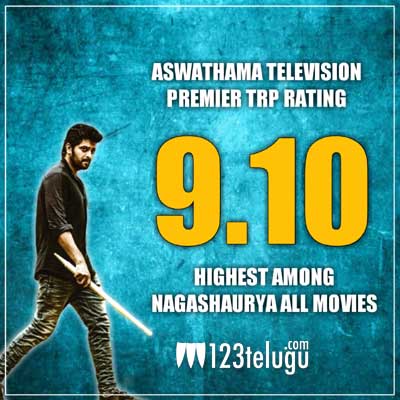 Hero Naga Shaurya turned script writer with the intense action thriller, Aswathama, and even produced the film under his banner. The film released in January and had an average run at the box-office. However, Aswathama has set a record in Naga Shaurya’s career.

The film, which was aired on a popular general entertainment channel recently, has clocked 9.10 TRPs, which is highest among all other movies of the young actor. The ongoing lockdown has helped the film attract more number of audiences. Interestingly, the film has managed to pull off this feat when it’s already available for streaming on the popular OTT platform Sun Next.