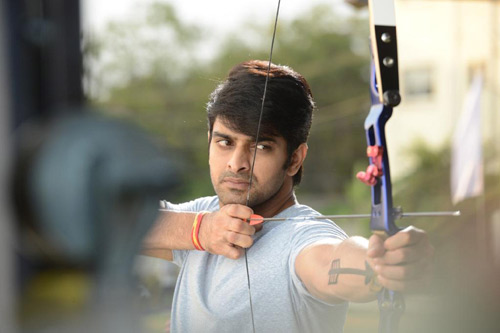 Hero Naga Shaurya is currently acting in Lakshya, a sports drama based on archery. Shaurya plays an archer in the movie and he has built an 8-pack body for his role in the movie that marks his 20th project in his career.

Lakshya is touted as India’s first movie based on archery. The film has entered the last leg of shooting. Delhi Instagram beauty Ketika Sharma is paired opposite Shaurya in the movie, while Jagapathi Babu essays a crucial role. Dheerendra Santhossh Jagarlapudi is directing the movie.

Presented by Sonali Narang, Lakshya is being produced jointly by Narayana Das K. Narang, Puskur Ram Mohan Rao, Sharrath Marar. The film is gearing up for release this summer.