Naga Shourya’s Krishna Vrinda Vihari pushed ahead
Published on May 15, 2022 2:30 am IST 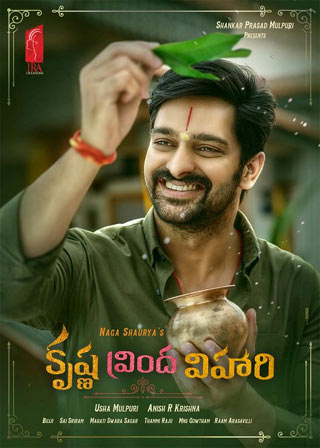 Young hero, Naga Shaurya will be seen next in a romantic drama called Krishna Vrinda Vihari which has impressed with its songs and promos. The film was set for a release on the 20th of this month.

But as there are a few post-production works yet to be wrapped up, the makers have pushed the release date as of now.

When they are ready with a new date, the makers will announce it officially. Yesteryear actress, Radhika Sarathkumar will be seen in an important role in the movie produced by Usha Mulpuri.

Directed by Anish R Krishna, the movie is produced by Ira Creations. Shirley Setia is the female lead in this movie. Shankar Prasad Mulpuri is presenting the movie.