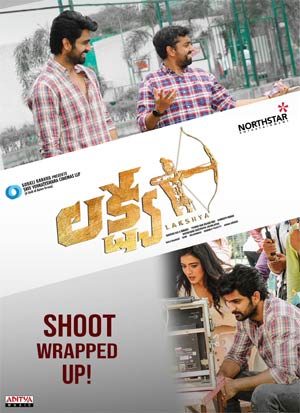 It is a known fact that Naga Shourya is shooting for his new film Lakshya. The makers were filming the climax in a specially erected set in Hyderabad and now the news is that the shooting has been wrapped up completely today.

The makers also revealed that an update about the film will come out every Friday until the release with the hashtag #LAKSHYASFRIDAY. Ketika Sharma is the leading lady in Lakshya.