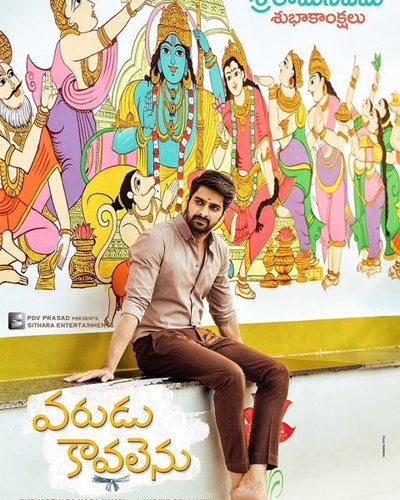 Promising young hero Naga Shaurya’s Varudu Kavalenu is carrying enthusiastic reports since all the promotional content has garnered an immense response from the audience.

The news is that the film has wrapped up its shoot as of now and is busy with its post-production. S Thaman has composed a folk number Dhigu Dhigu Dhigu Naago and a lyrical video of the same has gone viral now. The film will have a big screens release in the days to come.

Tipped to be a perfect family entertainer, Naga Shaurya plays the lead in the film that marks the directorial debut of Lakshmi Sowjanya. Suryadevara Naga Vamsi is producing the film on Sithara Entertainments.