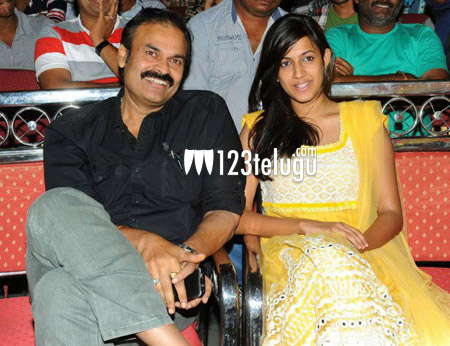 Actor Nagababu is already a well known TV personality and he stars in some of the most popular Telugu shows like ‘Jabardasth’. His son Varun Tej is working on his debut film and it is now time for Nagababu’s daughter to make her debut.

Niharika Konidela is her name and she is well known in the short film circuit. She will now be seen as an anchor for the upcoming Mallemaala Entertainments production, ‘Dhee Junior’. The first episode will air on 19th March at 9:30 pm IST.

This new reality show will involve kids and it has a very interesting concept. ‘Dhee’ is one of the most successful TV reality show franchises in AP and Mallemaala Entertainments is now going to add a new dimension to this show with the involvement of kids.