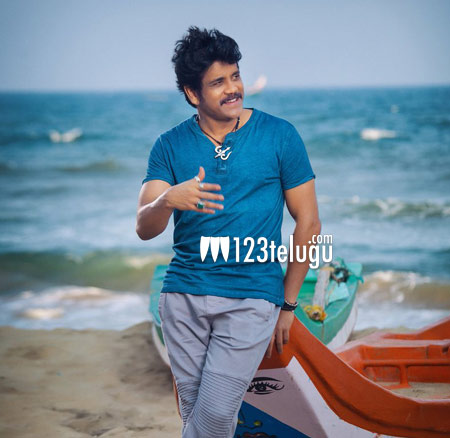 Looks like Nagarjuna has put back all his personal troubles behind and has decided to get back in a very strong way. Seen here in the above picture is Nagarjuna enjoying his time during the shoot of his new film in Pondicherry.

Even at this age, Nag looks like a million bucks and can give fitness goals to many young heroes in Telugu. Nag will be seen in a very crucial role in Omkar’s Raju Gari Gadhi 2 which is being produced by PVP Cinema.

Nag’s would be daughter-in-law plays yet another crucial role in this film. More details of this project will soon be revealed.