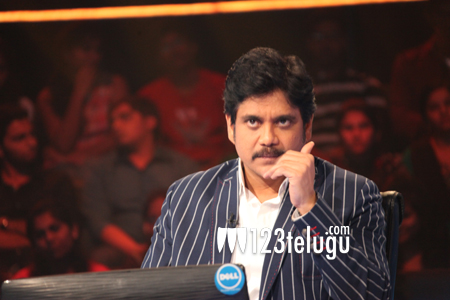 Nagarjuna’s latest TV game show ‘Meelo Evaru Koteeswarudu’ has received a huge positive response. The Telugu version of the hit KBC show has received highest TRPs and is placed in the top position for the fourth week consecutively.

This first of its kind game show in reached huge audience within a short span of time. Nagarjuna has taken utmost care in designing the program according to Telugu nativity, and the way he connects with sentiments of common people is commendable.

Nagarjuna is on a all time high with the success of his prestigious film Manam which had his entire family playing lead roles in the film.