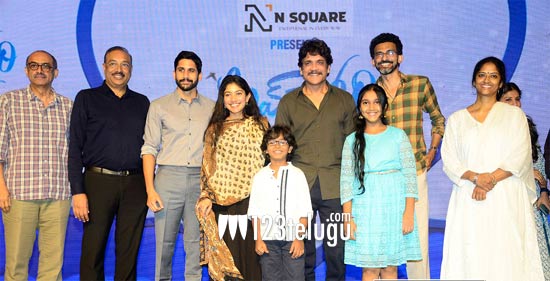 Even during his speech at Love Story’s success meet last night, Nagarjuna continued his comparisons between Love Story and Prem Nagar. He reminded everyone how Prem Nagar braved a huge storm and cyclonic conditions during its release and said that Love Story will also brave Cyclone Gulab and pandemic and conquer box-office eventually.

Nag also said that a major Bollywood film could only manage to collect Rs 3 to 4 crore upon its release, whereas Love Story collected Rs 7 crore on its opening day alone. He praised Telugu film lovers’ passion for good cinema and their constant support for films with good content.