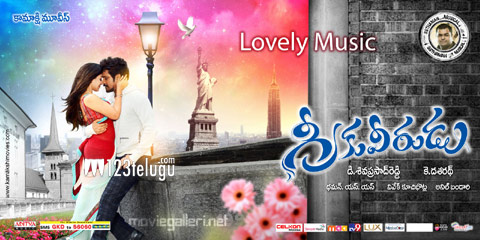 Nagarjuna seems to be extremely confident of Greekuveerudu’s success. The film is in final stages of post production and recently music director S S Thaman wrapped up the re-recording of the entire film. Nagarjuna, who had gone to Spain last week, saw the film after he returned to Hyderabad and expressed his confidence on the final output. “Just finished the dubbing of greekuveerudu yesterday/movie is looking superb/it’s going to be a cool summer:):),” Nagarjuna posted on Twitter.

Dasaradh has directed the film and it stars Nagarjuna, Nayanthara in lead roles. Meera Chopra, Brahmanandam and MS Narayana have played important roles. Music has become a good hit and Nagarjuna’s fresh look in the film has been making news for a long time now. D Sivaprasad Reddy has produced the film. Anil Bhandari is the cinematographer. The film is going to hit the screens on May 3.