Nagarjuna looks charming on the set of his action thriller
Published on Aug 8, 2021 1:43 pm IST 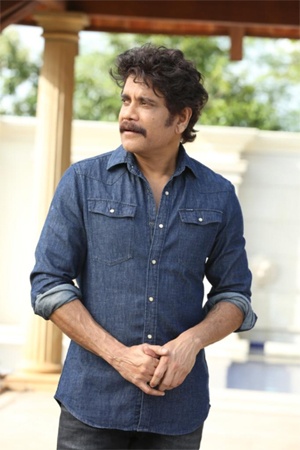 After a gap of over 3 months, hero Nagarjuna is back on the set of his upcoming action thriller. The makers today released a special BTS picture in which Nag is looking at his charming best. Dressed in a denim shirt and jeans, Nag is looking refreshingly young in his new avatar. The shooting is currently underway in Hyderabad.