Nagarjuna pairs up with senior heroine for Brahmastra
Published on Jul 18, 2018 8:18 am IST 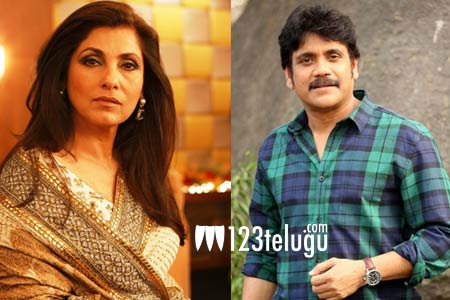 It’s well-known that Nagarjuna is making his Bollywood comeback after 15 long years with a big-budget film title Brahmastra. Nag is currently in Belgrade shooting for the movie with the rest of the team.

As per the latest reports, former Bollywood heroine Dimple Kapadia has been paired opposite Nagarjuna in Brahmastra. Dimple will join the sets soon. Dimple is returning to acting after 3 years.