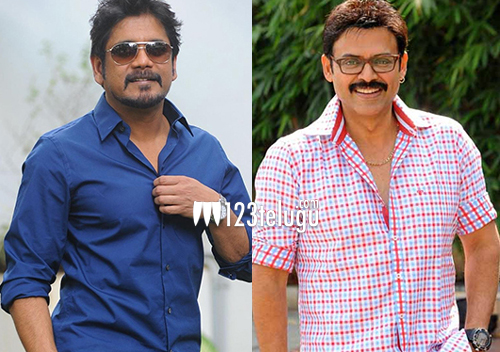 Akkineni Nagarjuna happened to see the super hit film Drushyam recently, and had some great words to say about the film. “I was very happy after watching Drushyam, and liked Venky’s performance specially. Although he is a star, the way he portrayed the role of a middle class family man was impressive”

Nag also added that the conflict point was handled wonderfully in Drushyam and films like these should be made more often. Off late, Nagarjuna and Venkatesh have moved away from commercial potboilers, and are concentrating on content based movies now.