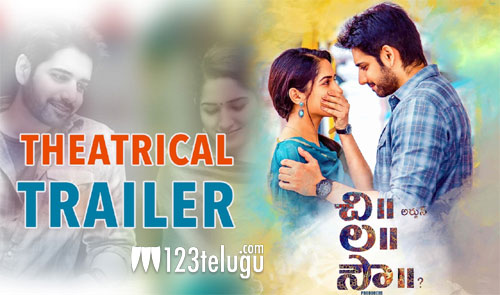 The trailer is out right fun and intriguing at the same time. The trailer showcases a young man’ (played by Sushanth) desperate attempts to avoid marriage. How his life changes when a freespirited and beautiful middle-class girl enters his life from the main story.