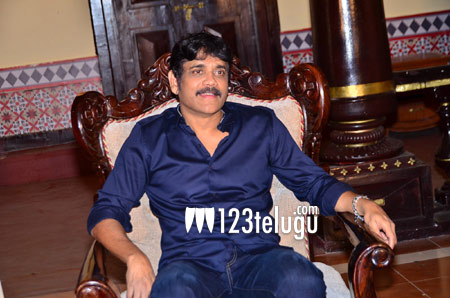 After leaving the fans and the media curious about the film’s title for several months, the makers of Akkineni Akhil’s second film recently announced the film’s title as Hello. The film is being directed by Vikram Kumar and produced by Nagarjuna.

In an interaction with the media this morning, Nagarjuna said that fans and everyone have received the title quite well and went on to reveal the idea behind the title. “In the movie, the hero tries to make the heroine say Hello to him and that’s why we chose that title,” said Nagarjuna, further adding that they are planning to release the movie on December 22nd.