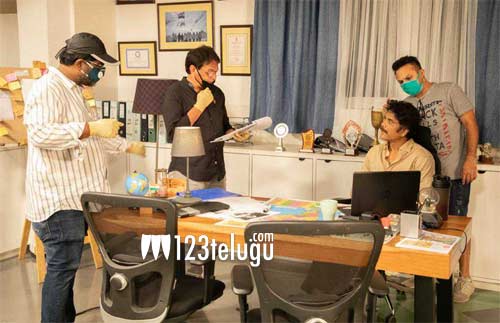 It is a known fact that noted banner, Matinee Entertainment is doing a film with Nagarjuna called ‘Wild Dog’. Directed by Ahishor Solomon, the film’s shooting recommenced today in Hyderabad.

Nagarjuna is one of the first senior heroes to get back to shoot. By resuming the filming post-Corona, Nagarjuna breaks the path and shows the way once again in these times of Pandemic.

The makers released a video which shows the kind of safety measures the unit have been taking while shooting the film. Dia Mirza is the leading lady in the film, while Saiyami Kher will be seen in a crucial role.