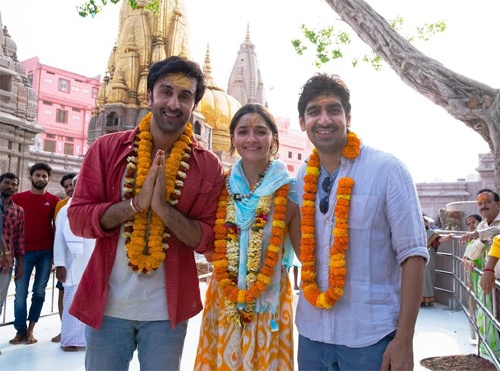 Tollywood actor Akkineni Nagarjuna, who scored a massive hit with Bangarraju, will be seen next in the Bollywood movie, Brahmaastra Part One: Siva. Written and directed by Ayan Mukherji, the movie also has Ranbir Kapoor, Alia Bhatt, Amitabh Bachchan,Dimple Kapadia and others in key roles.

Now, the latest news is that the makers have officially announced that the movie has been wrapped up today. To announce it, they have released a video. The post-production works are in full swing.

Produced by the prestigious production houses – Dharma Productions and Fox Star Studios – the superhero movie will be released in theaters in a grand way on September 9, 2022, worldwide. Having Pritam as the music director, the movie is confirmed to release in Hindi and major South Indian languages.