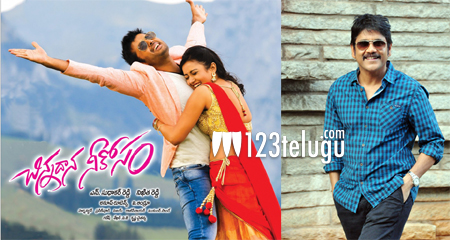 123telugu had earlier reported that Nithin’s latest offering Chinnadana Neekosam has wrapped up its principle shooting and the film’s audio will be released on November 27. According to the latest update, Nagarjuna will be launching this audio at a grand event in Hyderabad. Latest heartthrob Akhil Akkineni will also be gracing this audio launch.

Directed by Karunakar, this romantic entertainer features Mishti Chakraborthy of the Hindi film ‘Kaanchi’ as the female lead. Anoop Rubens is scoring music for this film which is produced under Nithin’s home production ‘Shresta’ banner.