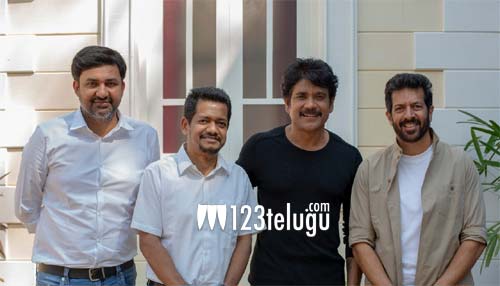 It is a known fact that star Bollywood hero, Ranveer Singh is doing the biopic of Kapil Dev. The film is being directed by Kabir Khan and Vishnu Induri is producing it on a huge scale.

Now, the latest we hear is that none other than Akkineni Nagarjuna’s Annapurna Studios will present the film in Telugu. An official announcement was made today.

The film also has some other talented actors like Deepika Padukone as the female lead. The shoot was mostly done in London and it depicts the life and struggle of Kapil Dev from his childhood.