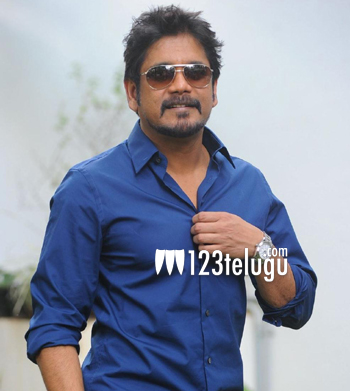 Akkineni Nagarjuna is currently basking in the success of Manam and Meelo Evaru Koteswarudu. Post Manam, he got busy with MEK and took quite some time to okay a script. After a lot of deliberation, he has now agreed to do a film in the direction of debutante Kalyan. Nagarjuna will play the roles of both grand father and grandson in this flick. Ramya Krishna and Sonal Chauhan will play the female leads.

He will soon join the shoot of this film in Rajamundry. Nag has said in several interviews that he is not very keen on acting in typical commercial flicks. Only time will tell, if this flick will also be an offbeat film like Manam.