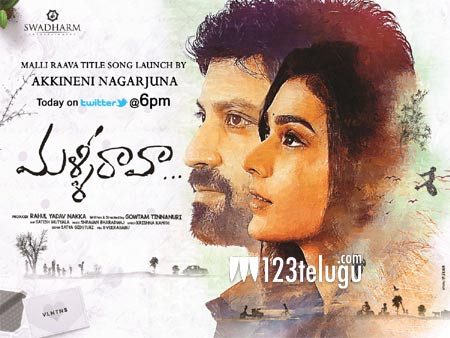 Malli Raava is a soulful romantic drama starring Sumanth and Aakansha Singh of Badrinath Ki Dulhania fame. The film is slated to open in cinemas on December 8. The film’s intense teaser impressed fans when it released around a month ago.

The latest update is that senior hero Nagarjuna is going to unveil Malli Raava’s first single today evening at 6 pm on his Twitter handle. Shravan Bharadwaj is the film’s music composer, while debutant Gautham Thinnanoori has directed the movie. Rahul Yadav Nakka has bankrolled this movie on Swadharm Entertainment banner.