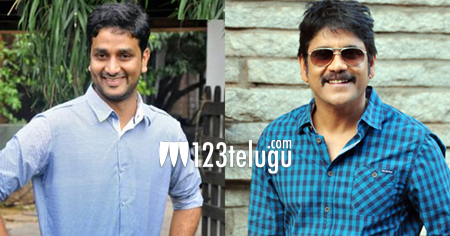 Actor turned director Srinivas Avasarala, who has made a splash in Tollywood with the success of his debut film ‘Oohalu Gusagusalaade’ seems to have struck a jackpot of sorts. According to reports, he has narrated a script to King Nagarjuna recently.

Though Nagarjuna is yet to give his nod, it would be nice to see Avasarala’s strong writing skills and meaningful conversations strike a chord with Nag’s fans. Like already reported earlier, Sai Korrapati who has recently achieved a hat trick of hits could be producing the movie under his banner.