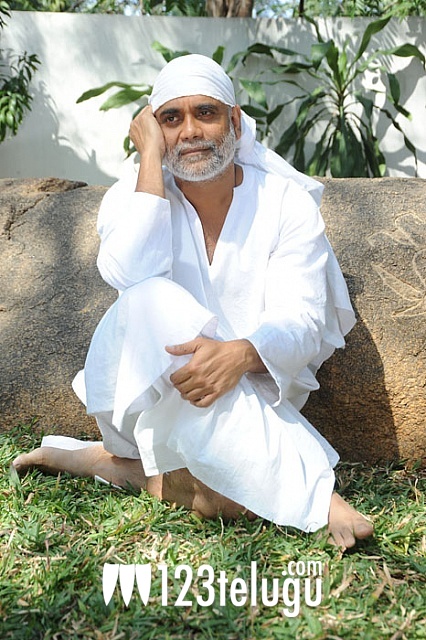 ‘King’ Akkineni Nagarjuna is currently shooting for the devotional flick ‘Shiridi Sai’, which is being directed by top veteran director K.Raghavendra Rao. Nagarjuna has reportedly become an ardent devotee of Shiridi Sai Baba while working for the film. The story of Sai and his behaviour are said to have created a deep impact on Nagarjuna.

On Sunday, Nag flew to Shiridi specially to offer prayers at Baba’s temple along with Amala and other family members. The movie is being made at a good pace and this is the third devotional combination from Nag and Raghavendra Rao. The duo tasted success with ‘Annamayya’ and ‘Sri Ramadasu’ earlier.