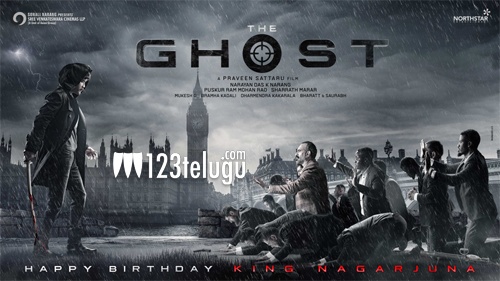 On the occasion of hero Nagarjuna’s birthday, the makers of his upcoming action thriller have just unveiled the film’s title and first look poster. The film is titled The Ghost, and the first look features Nag, wielding a sword and taking on his enemies. The foreign baddies and the London landscape in the backdrop of the poster hint that the film is going to feature an international plot.