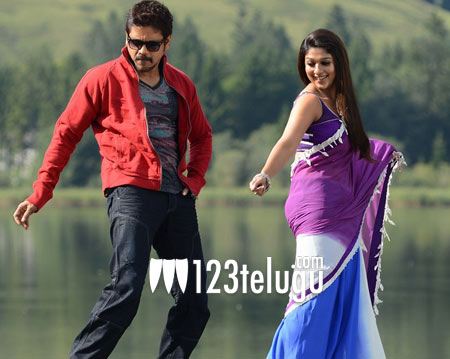 ‘King’ Akkineni Nagarjuna’s ‘Greeku Veerudu’ has completed its shoot today. A song was wrapped up today and only 2- 3 days of patchwork remains. The film is being readied for an April release and post production activities are currently underway.

Nagarjuna will be seen as an NRI event manager who comes to India for the first time. Dasarath is the director of this movie and Nayanatara is the heroine. The film has been produced on Kamakshi Movies banner.

The film’s first teaser has received a very positive response from movie lovers.