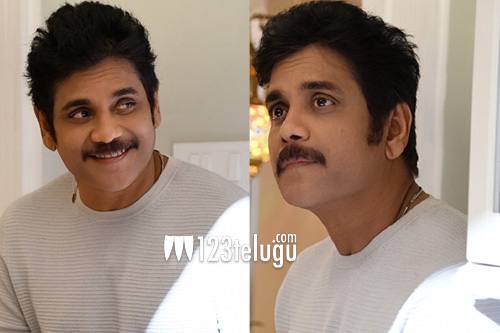 Akkineni Nagarjuna is doing a film called Manmadhudu 2 and we all know that. The unit is busy with its shoot in the beautiful locations of Portugal.

Meanwhile, some of the film’s stills were out today and Nagarjuna, in particular, looks super handsome and fits the title of Manmadhudu superbly.

The star hero is nearing 60 but still works on his body and looks fit than any of the younger heroes as seen in these pictures. Rahul Ravindran directs this film which has Rakul as the female lead.