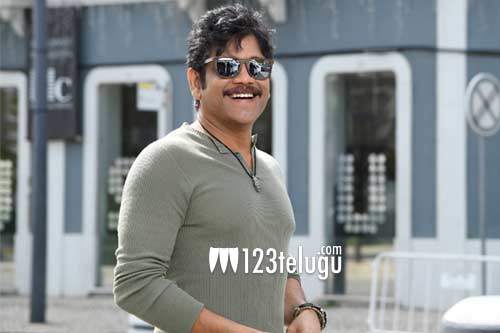 Hero Nagarjuna’s latest romantic entertainer, Manmadhudu 2, is all set to hit theatres worldwide in a few hours. Expectations among Akkineni fans and trade circles are quite high on this much-awaited film.

Meanwhile, in an appreciable gesture, Nag has decided not to use the title ‘King’ as a prefix to his name in Manmadhudu 2’s credits. The film’s director Rahul Ravindran revealed this titbit in a Twitter interaction with his followers.

This is certainly an appreciable gesture from the senior hero, and whether other stars will take a cue and follow suit remains to be seen.