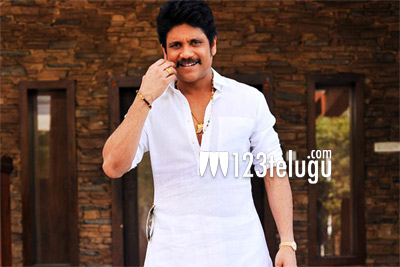 ANR is one of the biggest legends in Indian cinema. Though he has passed away, his family maintains his legacy and goes by the mantra ANR lives on.

As it is the birth anniversary of ANR, his son Nagarjuna wore his dad’s favourite Khaddar clothes and made a special AV on his dad.

Nagarjuna in the small video says reveals that it gives him immense satisfaction wearing his dad’s clothes and jewellery and all this has been showcased in his new film Bangaraju.

This video has gone viral and we, on behalf of 123telugum wish his family a memorable birth anniversary of ANR. Truly, ANR lives on.