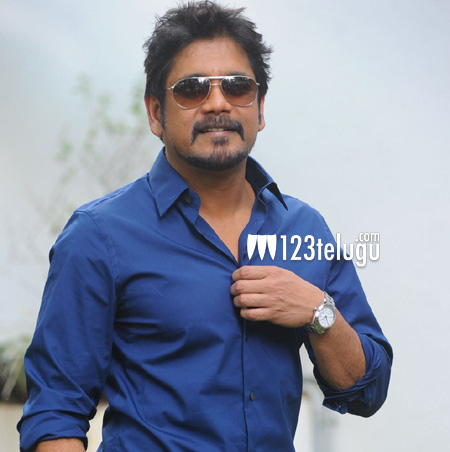 123telugu had already reported that Akkineni Nagarjuna will next be seen in the direction of debutante Kalyan. Latest update is that the film was launched officially today.

Nagarjuna will be doing a double role in this film which has ‘Andhala Rakshashi’ fame Lavanya Tripati and Ramya Krishna as the female leads. Radha Mohan has written the story and screenplay for this film which is tentatively titled as ‘Soggade Chinni Naayana’.