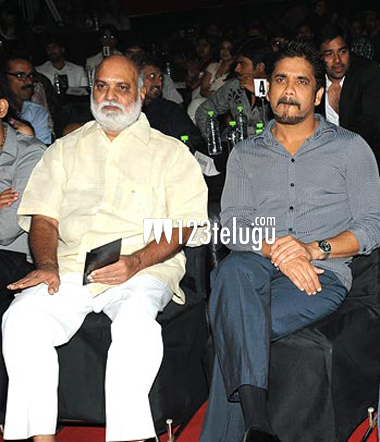 We have already reported that Nagarjuna is going to be working on a devotional movie titled Om Namo Venkatesaya. The film is set to be directed by Raghavendra Rao and latest reports reveal that the film will go on floors from the 2nd of July.

Anushka will be seen in the film as a sanyasin. MM Keeravani has already started composing the tunes and Mahesh Reddy, who earlier made Shirdi Sai, is producing this one as well. Nagarjuna will be seen in a complete new look in the film which also has talented actresses Vimala Raman and Pavani Gangireddy in pivotal roles.