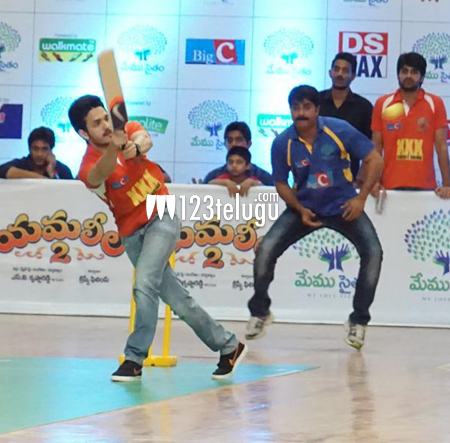 Latest highlight of the event is that the first match of cricket with stars has been won by Nagarjuna’s team which was captained by Akhil. They won a tight match over Srikanth and his team. The next match in line is between Ram Charan and Venkatesh’s teams.