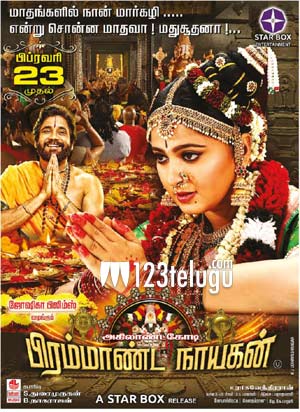 We had reported earlier that Nagarjuna’s 2017 devotional movie, Om Namo Venkatesaya, is dubbed in Tamil. The film has been titled Brahmanda Nayagan in Tamil. The Tamil version is all set for a grand release across Tamil Nadu on February 23.

Brahmanda Nayagan also stars Anushka, Pragya Jaiswal and Jagapathi Babu in prominent roles. The film was directed by K Raghavendra Rao and produced by A Mahesh Reddy. The Tamil version is being released by Duraimurugan and Nagarjuna.