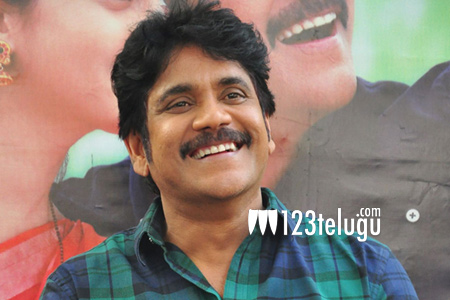 Ever since he bid goodbye to formula driven commercial potboilers, success has been following Akkineni Nagarjuna in whatever he attempts. It all started with the memorable Akkineni family saga, Manam. Nag then followed it up with the superhit Sankranthi family drama Soggade Chinni Nayana.

SCN has completed its 50-day run in nearly 110 theaters, a feat even the leading stars find difficult to achieve. Soggade collected a whopping 50 plus crore share across the world and reiterated Nag’s belief that content is always the king.

The senior star is now gearing up for yet another content based comedy drama, Oopiri, which is releasing on the 25th of March.