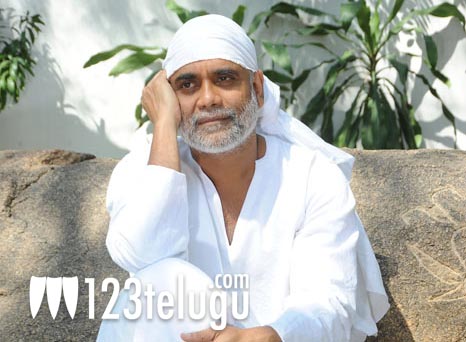 ‘King’ Nagarjuna is soon going to be seen in a devotional flick titled ‘Shirdi Sai’. The movie will be directed by K.Raghavendra Rao and A.Mahesh Reddy is the producer. Shooting of the film will begin from February 2nd in a remote Karnataka village. The first schedule will run for about 25 days.

Nagarjuna impressed everyone with two very successful devotional roles earlier in the form of ‘Sri Ramadasu’ and ‘Annamayya’. The movies were directed by Raghavendra Rao and now that this combination is about to be repeated, there are big expectations on the project. Nagarjuna is growing a full length beard for this role. Music will be scored by M.M.Keeravani.