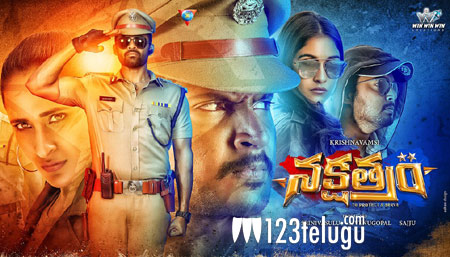 The Krishan Vamsi project, Nakshatram has been in the making for quite some time now. Even the release was a hassle due to many financial problems and finally, the film hit the screens today.

A number of premiere shows were canceled in the US yesterday night and the same scene happened in some areas of both the Telugu states as the morning shows were stalled at the last minute. The film will be screened from the evening shows in various other locations where the film released.

This has left many Krishna Vamsi fans disappointed who were expecting a comeback from the creative director. Sai Dharam Tej, Sundeep Kishan, Pragya Jaiswal and Regina play major roles in this film which is a cop drama.