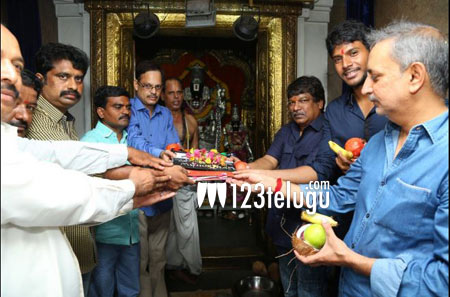 It’s Dussera time and various interesting information about various films that are going to come out in the future are being released one by one. One such poster which was released today was that of Sundeep Kishan’s new film Nakshatram.

The first look which has been designed on a very interesting note showcases the police department emblem affixed on a wristband. This has created a good buzz all over and once again showcases the creative genius of Krishna Vamsi.

Sundeep Kishan plays a tough cop in this film which also has Sai Dharam Tej in a crucial role.