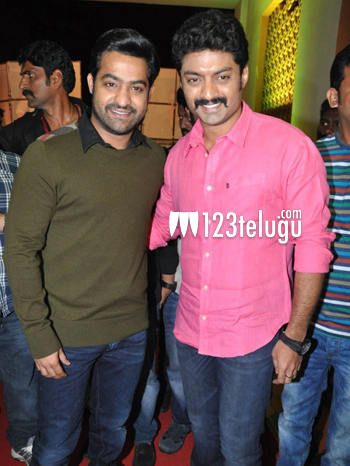 Couple of months ago, fans and media houses were abuzz with the news of NTR and Kalyanram teaming up for a film. As per the latest buzz, the film has been materialized and Vakkantham Vamsi will handle the direction while Kayanram will look after the film’s production, which is expected to commence in October.

Vakkantham Vamsi and NTR, during Temper’s promotional interview, revealed that they both will join forces for a film. Vamsi apparently gave a narration in a gist and NTR was very impressed with the film’s plot. If everything goes as per talks, the film will be launched soon after Tarak finishes his film with Sukumar.

Meanwhile, Kalyanram’s next film as a producer, Kick 2, is ready for a grand release this June. Vakkantham Vamsi provided the story for the film.