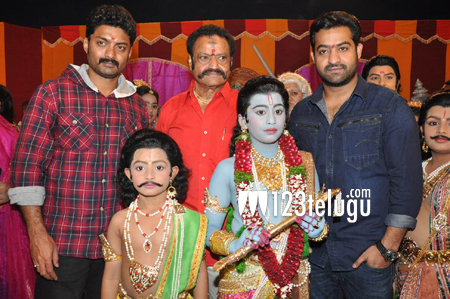 This socio fantasy movie was launched officially today in the presence of super stars NTR, Harikrishna and Kalyan Ram. To be produced by Ch.Venkateshwara Rao and J.Balaraju, this movie has JVR as the director.