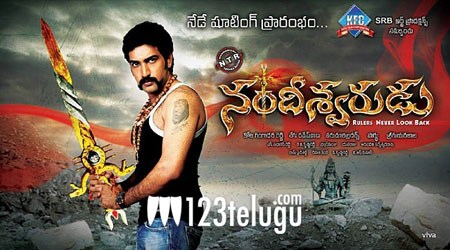 Nandeeswarudu, the upcoming film starring Tarakarathna and Sheena Shahabdi.Anji Sreenu has directed this movie and the movie was produced on Kota Film Corporation Banner.

The movie is the remake of a Kannada superhit film Deadly Soma.The script has been changed and some new elements have been added to reflect Telugu nativity. Tarakarathna plays a very powerful role in this movie. This is the only other film apart from ‘Businessman’ and ‘Bodyguard’ which is in the fray for Sankranthi 2012.