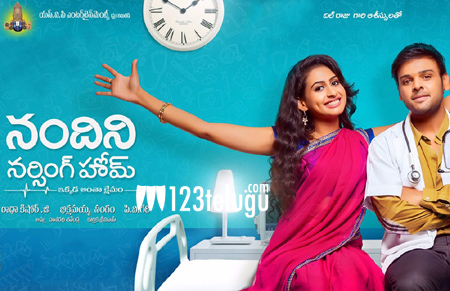 Talented and versatile artiste Naresh’s son Nawin Vijaykrishna is being introduced as hero with a romantic thriller titled Nandini Nursing Home. Directed by PV Giri and produced by Radha Kishore and Bikshamayya, the movie has Nitya Naresh and Shravya as female leads.

Nandini Nursing Home today completed the censor formalities and received a UA certificate from the Censor Board. The film is all set for a grand release on October 21st amid positive reports. Superstar Mahesh Babu released the film’s audio recently and the songs got good response from music lovers.

In the past, Nawin VK proved himself as a successful editor. Senior star Naresh is quite happy on his son’s debut and requested the Telugu audience to bless his son.