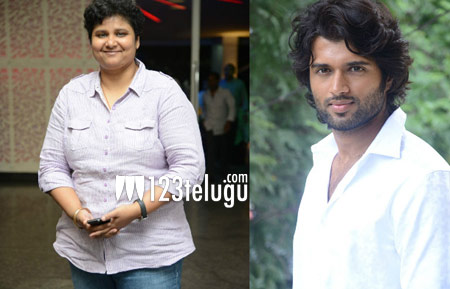 Nandini Reddy’s upcoming film, starring Vijay Deverakonda and Malavika Nair, won’t be a romantic comedy anymore. Initially, when Nandini had started writing the script, she based it on a real incident which happened in Bollywood; however, after numerous discussions with Trivikram Srinivas, apparently, Nandini is planning to change the genre of the film.

According to the latest reports, Nandini came up with a different plotline which impressed Trivikram more than what she had originally pitched. And it was at Trivikram’s request that Nandini is said to have gone ahead to change the tone of the film. Now, it’s said to be an intense romantic drama.

The film is likely to go on floors later this year. More details are awaited.