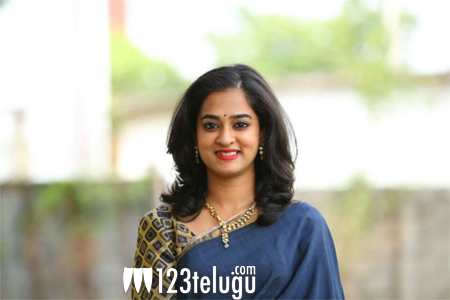 Young heroine Nanditha will soon be seen in a horror-thriller, titled Viswamitra. The film is being directed by Raajkiran, who had earlier made Anjali’s Geethanjali and Swathi’s Tripura. Viswamitra is based on real incidents that took place in New Zealand and the US.

Now, the latest update is that Viswamitra’s satellite rights have been acquired by a popular Telugu entertainment channel for a fancy price. The film is slated for release in April. Apart from Nanditha, the film also stars Sathyam Rajesh, Vidyullekha Raman, Prasanna Kumar and Ashutosh Rana in key roles.

Viswamitra is produced by Madhavi Addanki, S Rajinikanth and Raajkiran and presented by Phani Tirumalashetty. Anup Rubens is the film’s music composer.