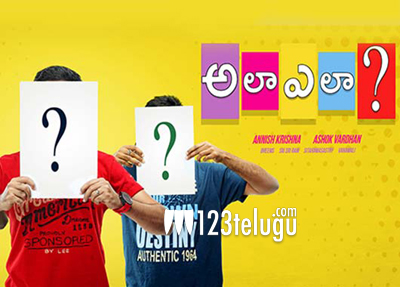 ‘Ala Ela’, is the upcoming film which features Ravi Ravindran, Vennela Kishore and Shani Salman in prominent roles. Bheems Sisirolia is scoring music for this romantic entertainer.

Young heroes Nani and Allari Naresh will be launching the film’s audio on July 29, at Annapurana Studios.

Directed by Aneesh Krishna, ‘Ala Ela’ has been produced by Ashok Vardhan. The principle shooting of the film is wrapped up and currently the film is in its post production stage.