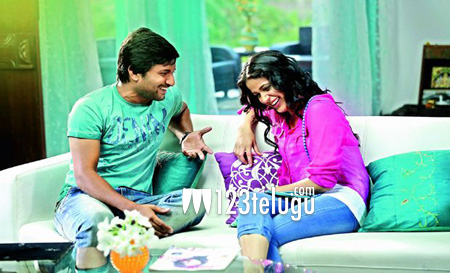 Nani and Lavanya Tripathi teamed up with Maruthi for a breezy romantic entertainer titled Bhale Bhale Magadivoi. The film’s first impression was released yesterday to positive response. The makers claim that Nani and Lavanya’s chemistry will offer a fresh and a feel good experience on screen. Currently, the film’s unit is shooting for a song in Ramoji Film City.

Composed by young Malayali music director Gopi Sunder, the song is being choreographed by Raghu Master. With this schedule, the film will complete 90 per cent of its shooting part and the entire shooting will be wrapped up by June and the film will hit the screens in August. Geetha Arts 2 and UV Creations are producing this film jointly.