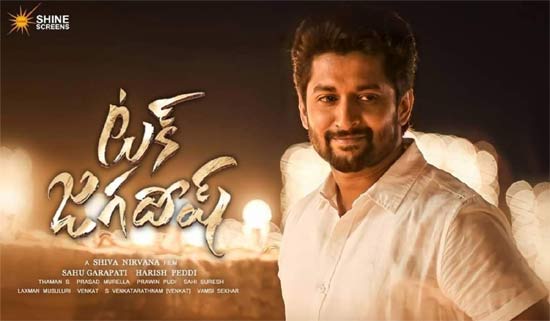 Hero Nani’s Tuck Jagadish is being eagerly awaited by his fans. Amid several controversies that erupted in the last few days, the film is finally premiering on Amazon Prime Video. Nani took to Twitter and announced that the film will be releasing on September 10, as a Vinayaka Chaturthi festive treat.

Tuck Jagadish marks Nani and Shiva Nirvana’s second collaboration after Ninnu Kori. The film, billed to be a wholesome family entertainer, also stars Ritu Varma, Aishwarya Rajesh and Jagapathi Babu in key roles. The film was supposed to hit theaters for Ugadi initially, but the pandemic had delayed the release plans.