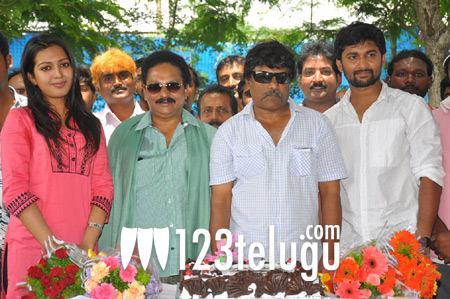 Nani will soon be seen in Krishna Vamsi’s upcoming film. Ramesh Puppala is producing this film on Yellow Flowers movie banner. Talking about the film, Krishna Vamsi said, “We have not finalized the title for our film. So far, 70% of the shooting has been completed. Nani is playing the role of a sherwani model from Old City in this film which is set in the backdrop of the current political scenario. Charan Raj is playing the villain’s role. This story is not based on Jagan or any other political leader. The film is more about what all people end up doing for money.” Catherine Teresa is playing the lead role in this film.